Three National Parks of the Sunshine State
by 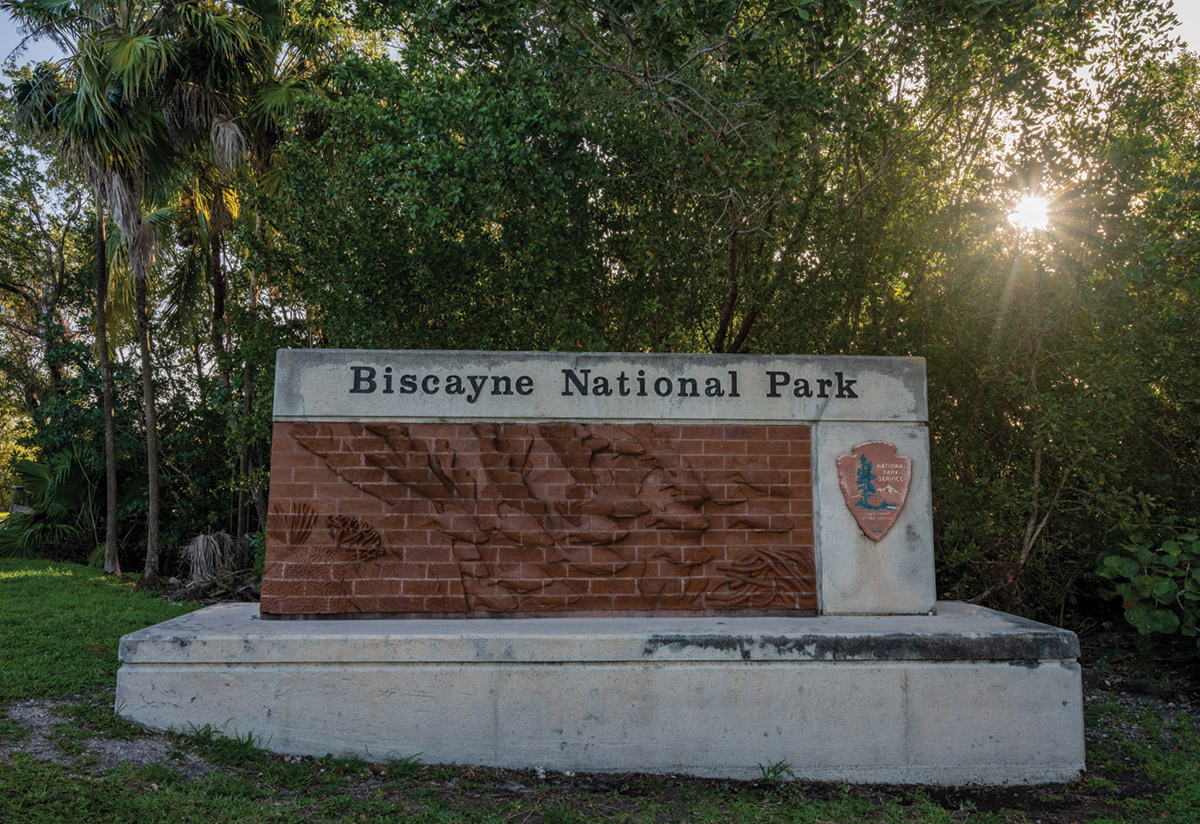 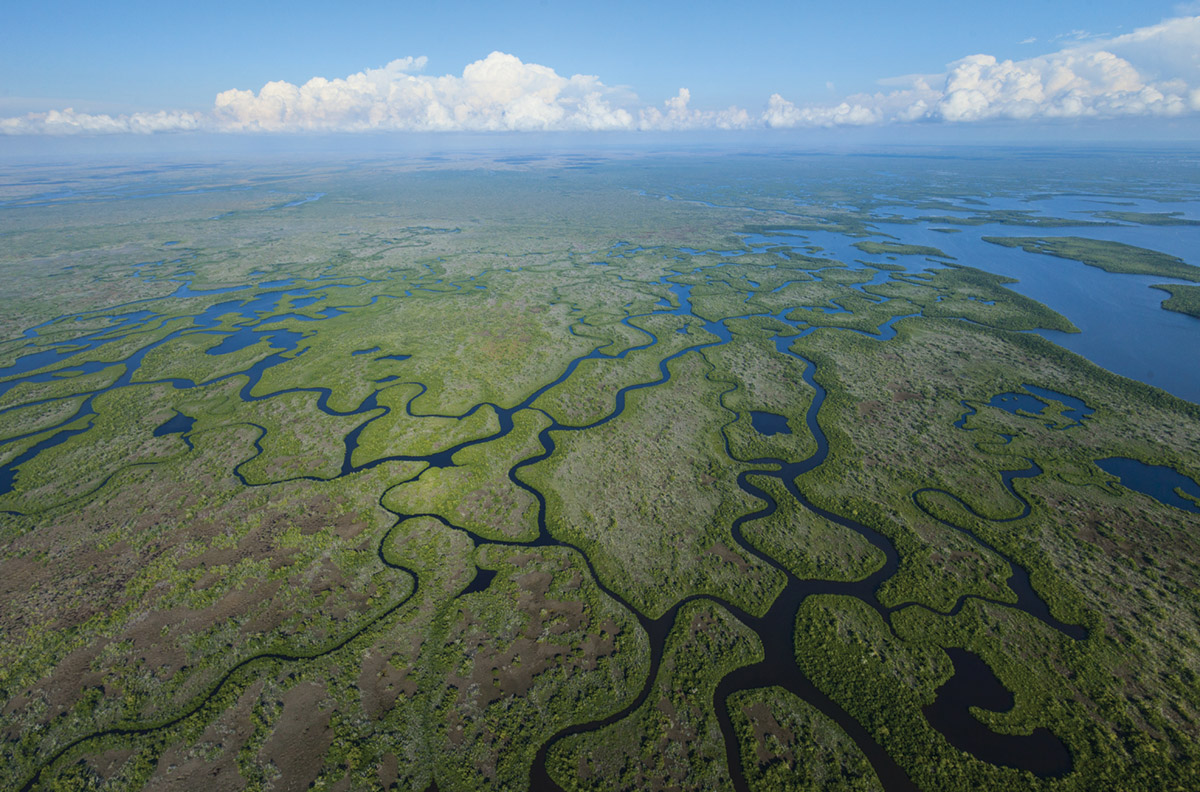 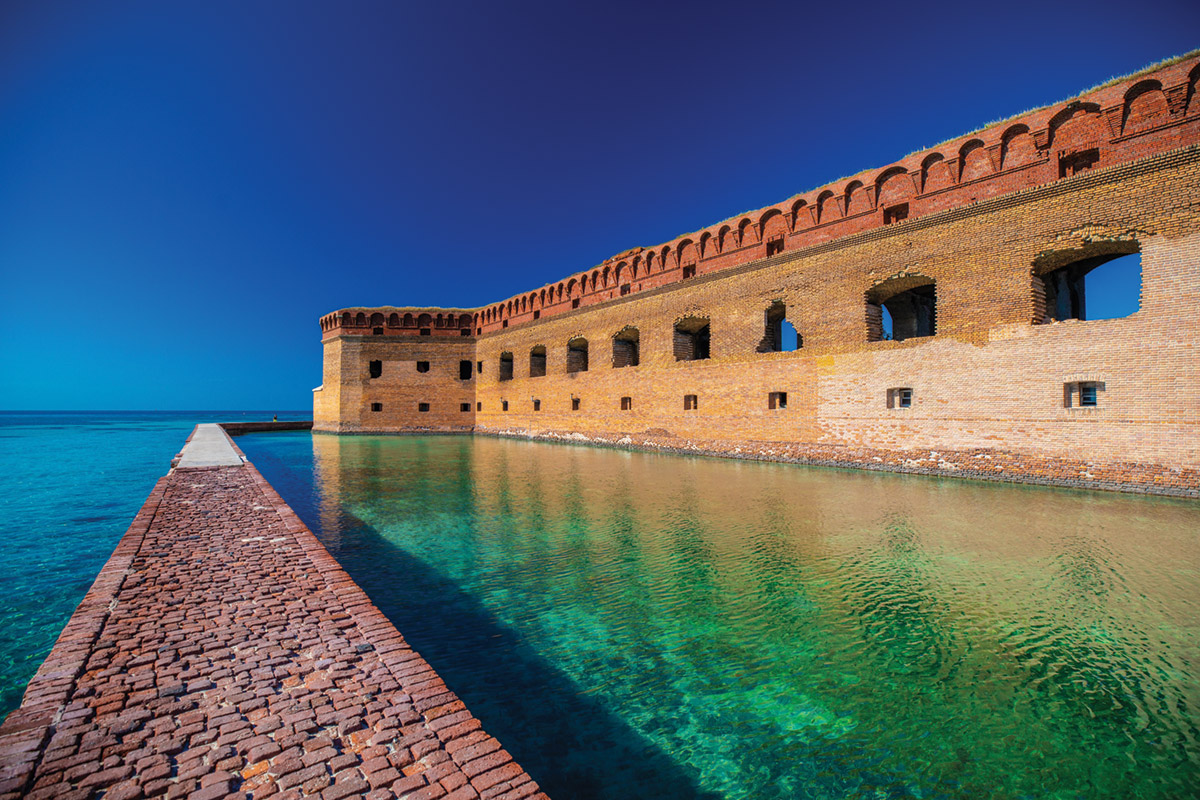 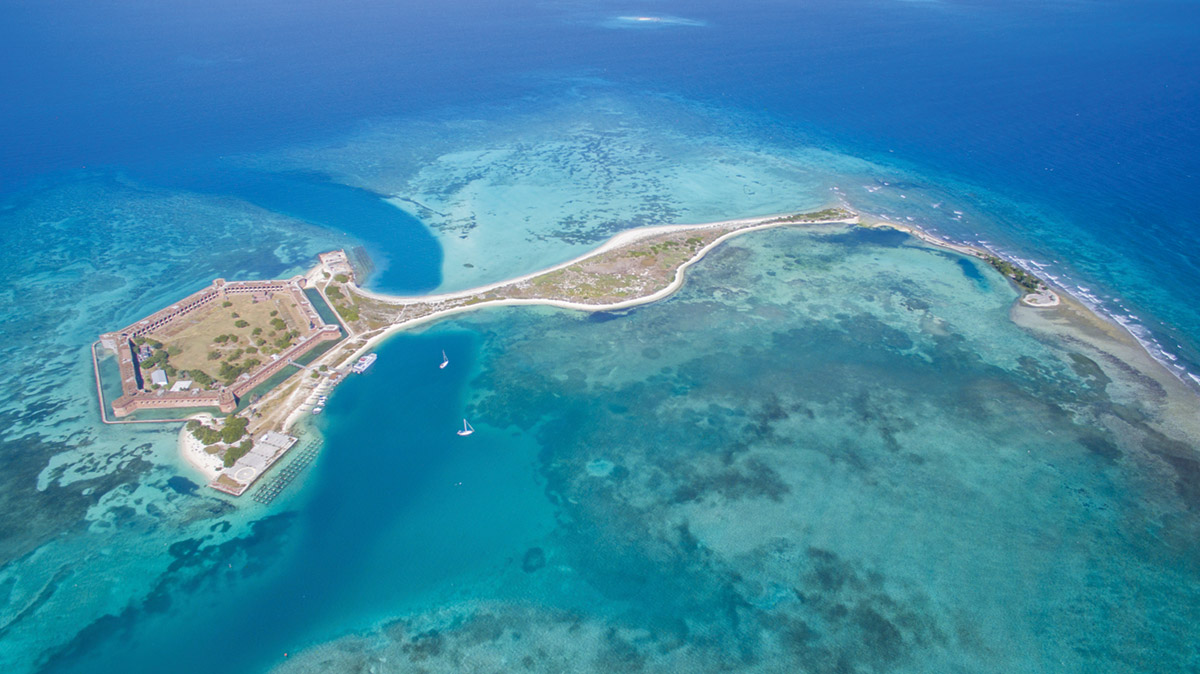 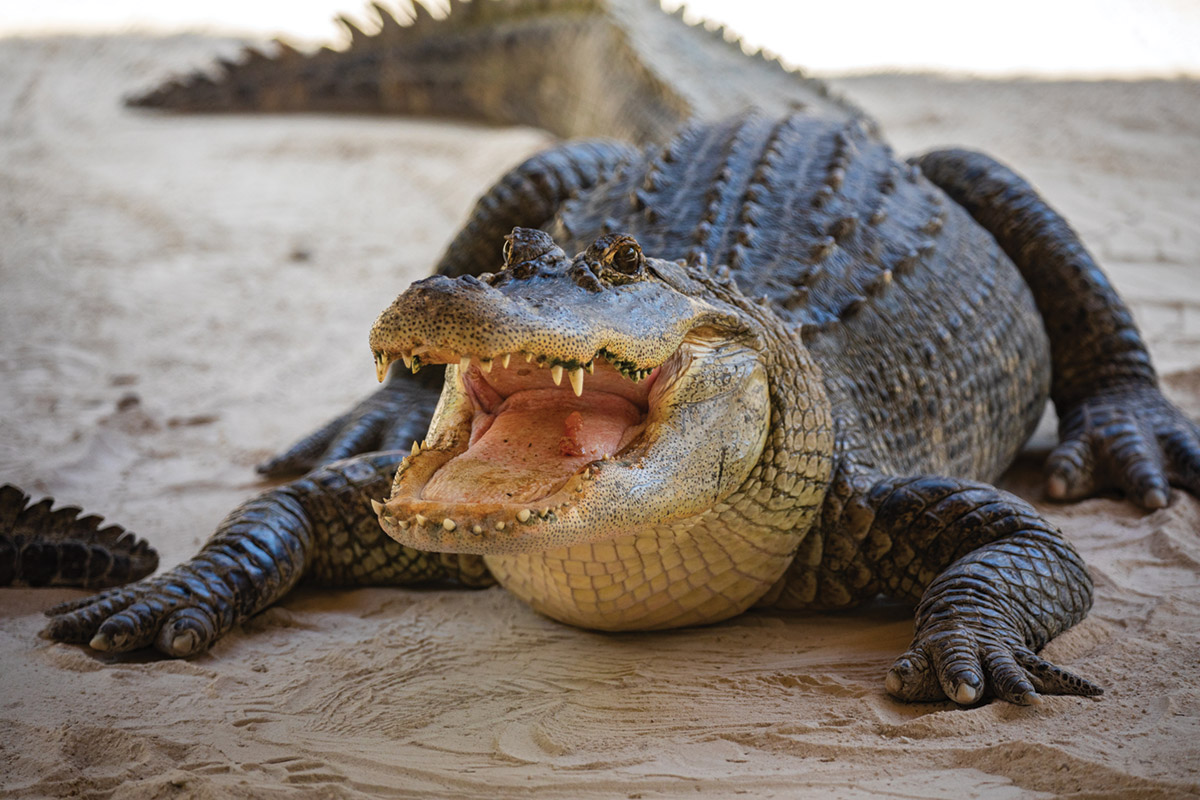 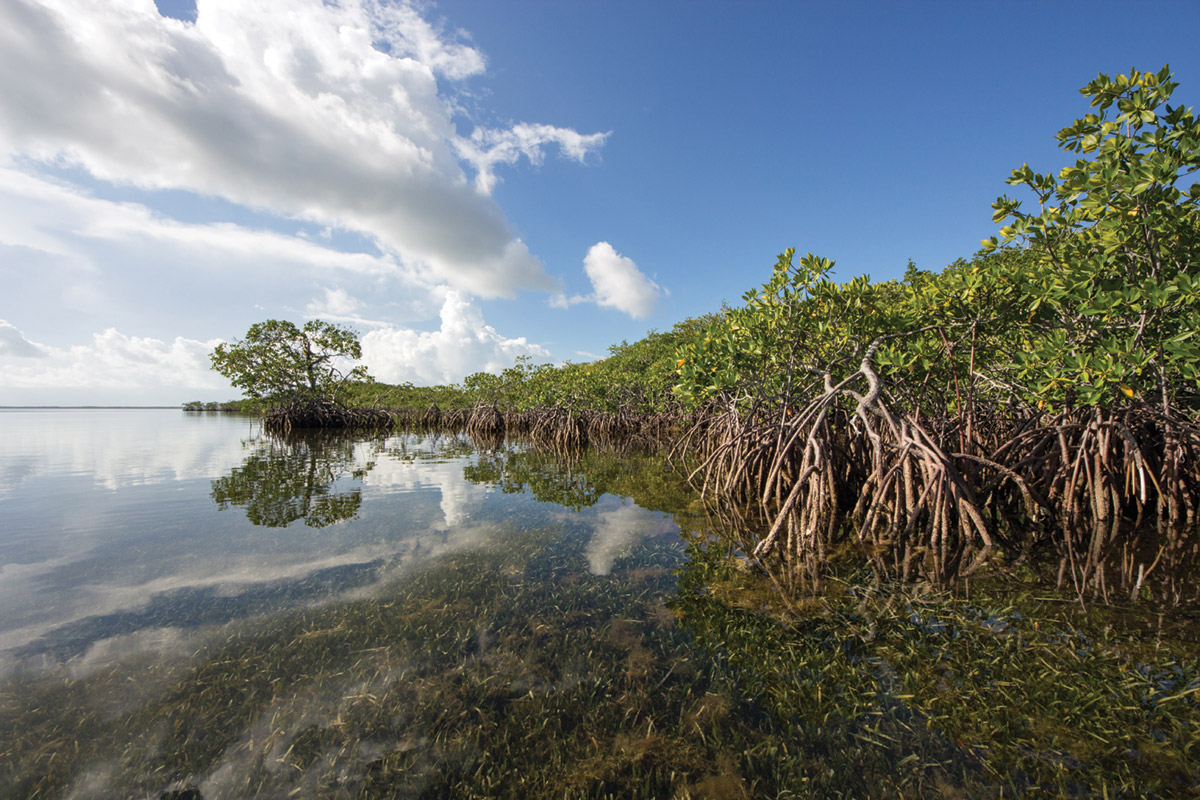 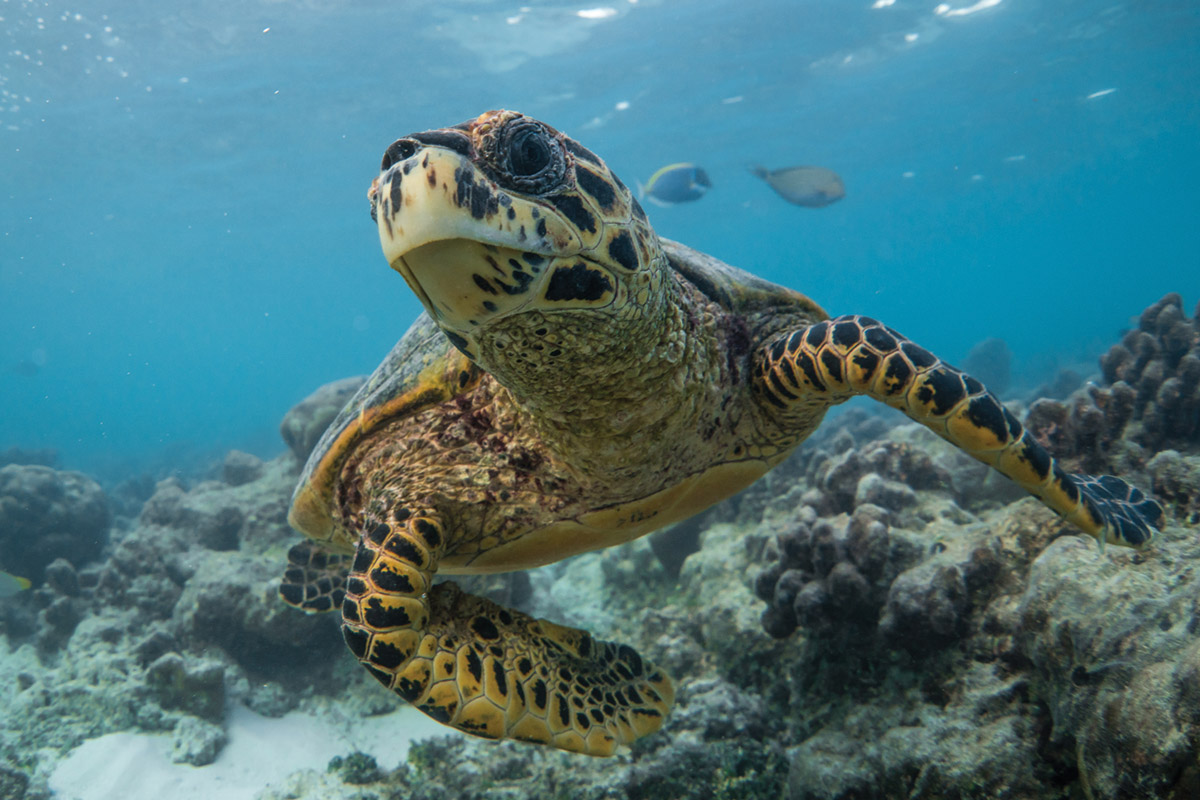 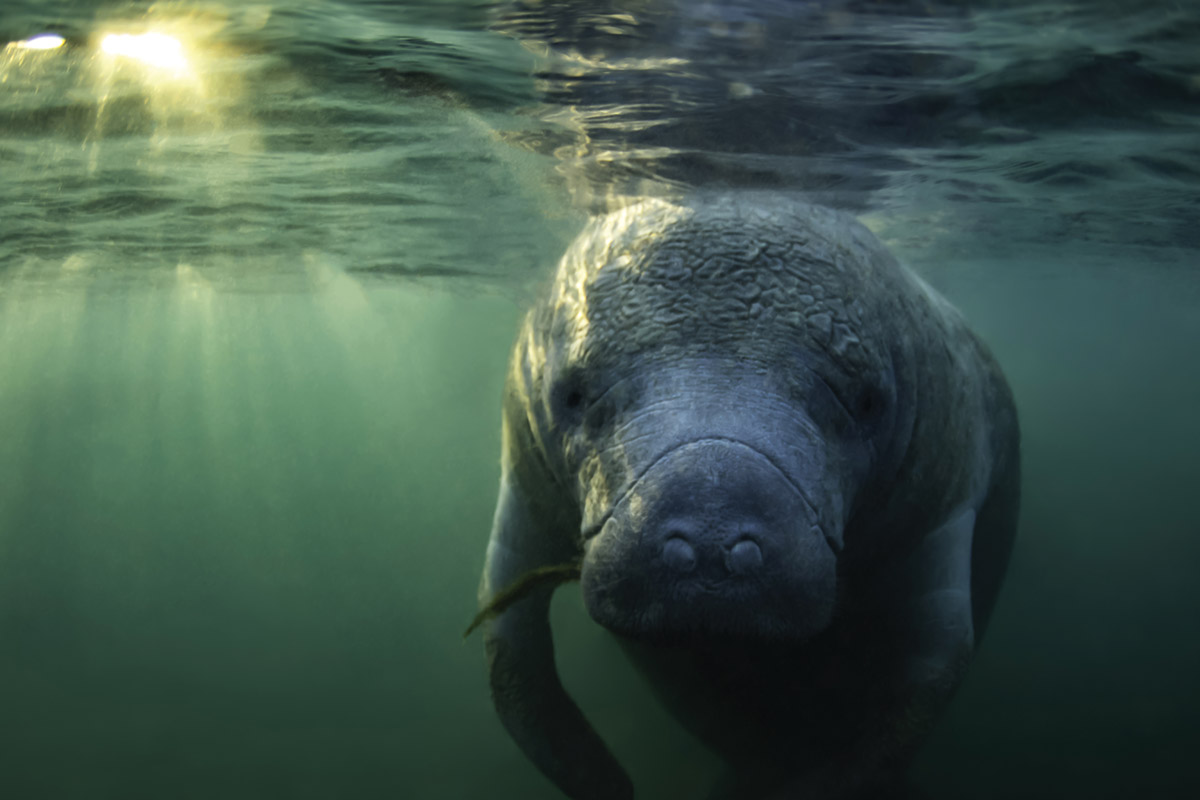 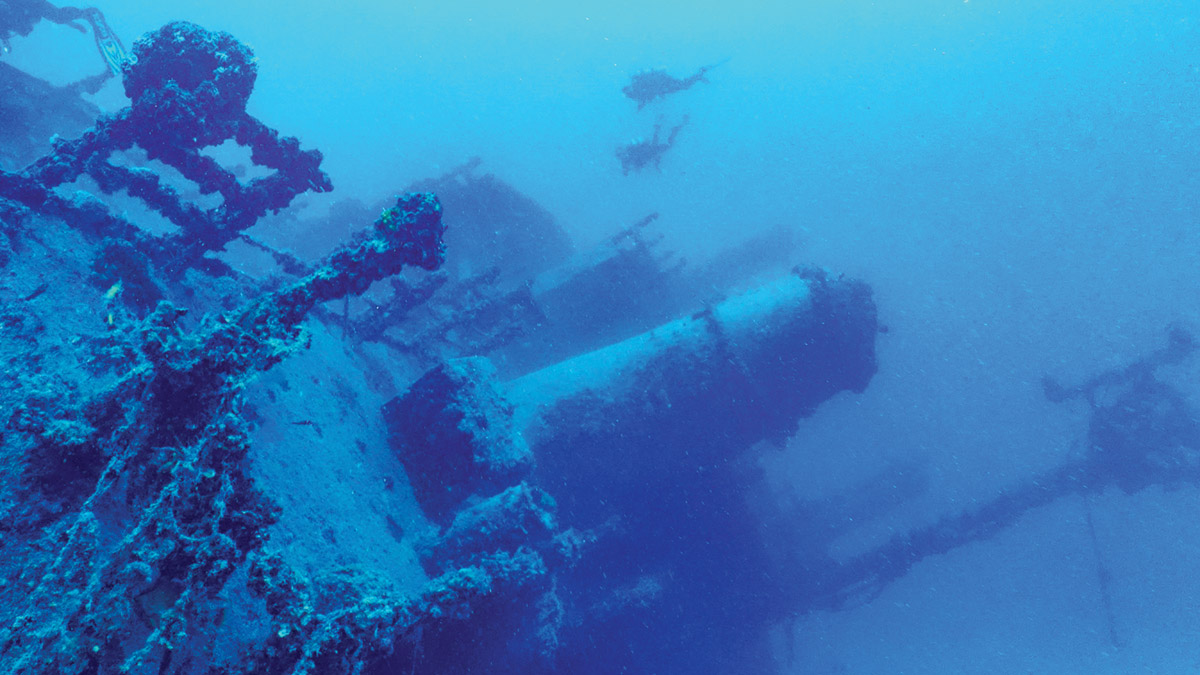 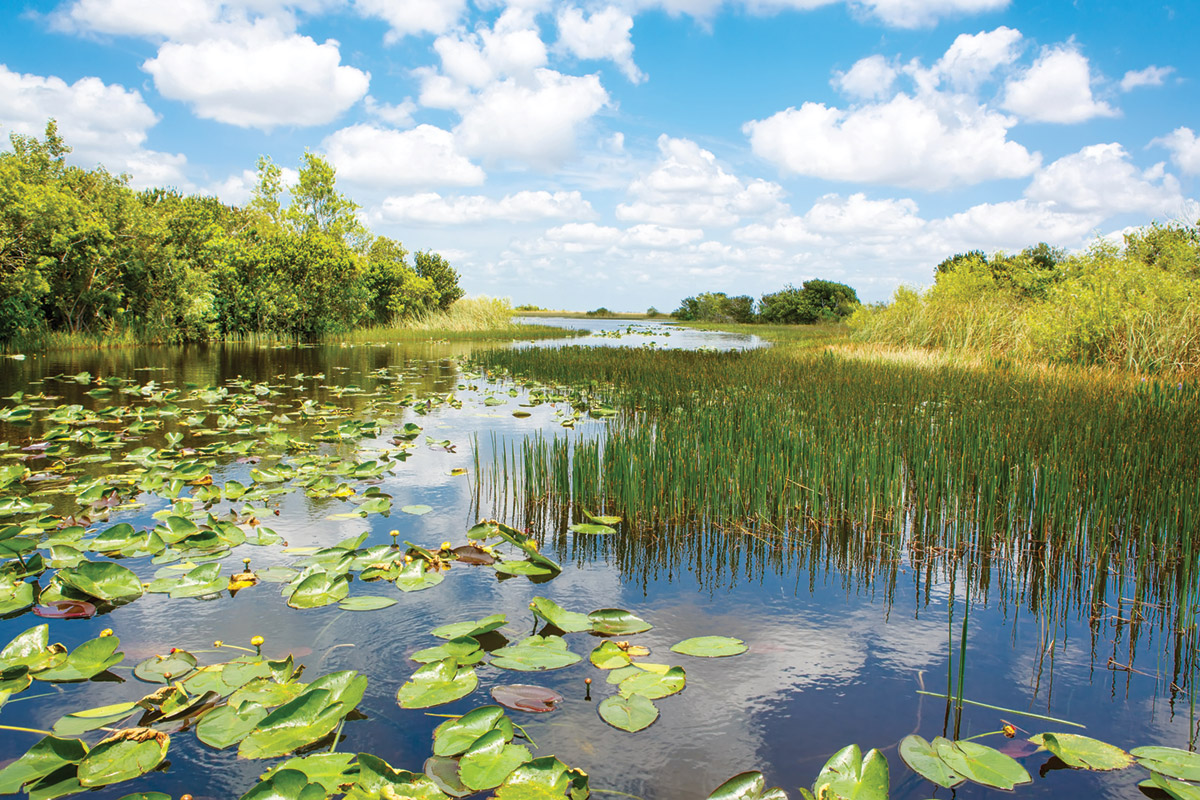 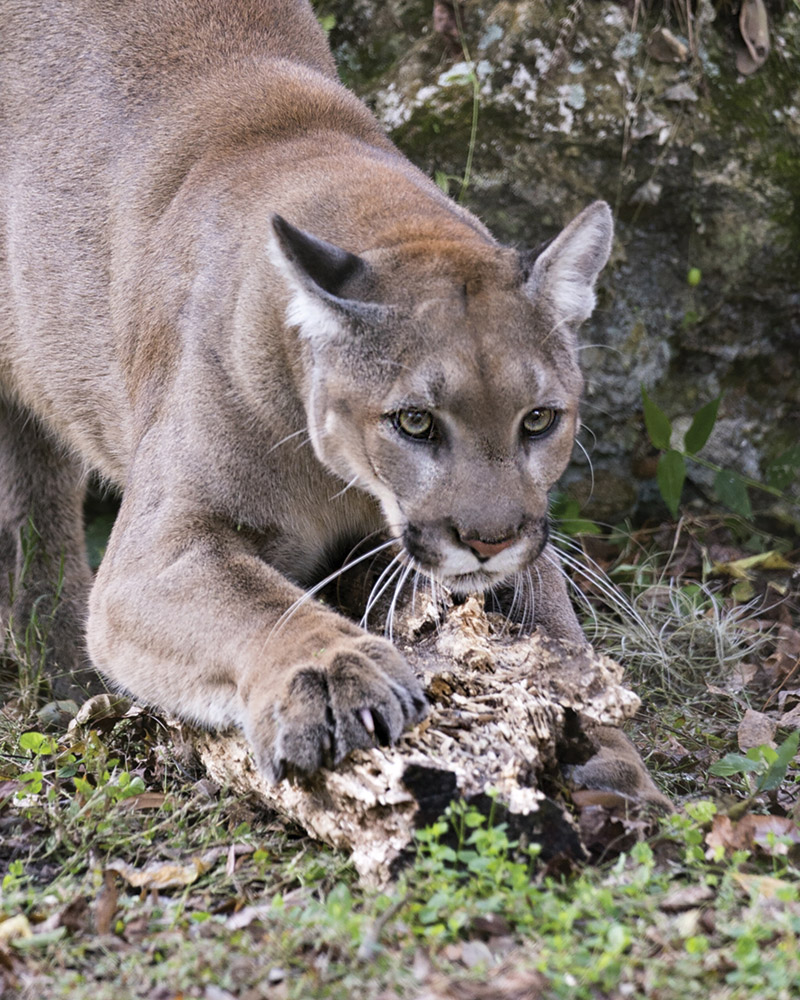 With the second largest coastline in the United States, Florida is known for its sandy beaches and warm, sub-tropical and tropical climate, nicknamed the "Sunshine State". As a peninsula that is bordered by the Gulf of Mexico to the west, the Strait of Florida to the south and the Atlantic Ocean to the east, Florida also consists of marshes, swamps, lakes, rivers, ponds and thousands of islands. The state has three designated National Parks to protect the diverse collection of species both plant and animal, as well as the rich natural and cultural resources of these lands.

Biscayne, Miami, Key Biscayne & Homestead
To the north of the Florida Keys lay 50 more ancient coral reef
islands that before designated as a national monument in 1968, were almost developed into hotels and roads for a major industrial seaport. With a proposal to dredge up 8,000 acres of bay bottom in order to create a jetport in 1962, a group of people protested the plans and called for a national park that would protect the islands as well as the bay to the west and reef to the east. Local and national support for the park grew with supporters such as Herbert W. Hoover, Jr., grandson of the vacuum cleaner company's founder, who gave blimp rides to legislators from Washington over the proposed park area. Landowners in the area who were in favor of the development plans bulldozed a six-lane wide and seven-mile-long area through one of the keys hoping to deter the park. This became known as "Spite Highway" and today is the park's only hiking trail. Biscayne National Monument was created to protect these northern islands and their residing wildlife, and on October 18, 1968 President Lyndon B. Johnson signed the bill. The monument was later changed to Biscayne National Park in 1980.

The park is the largest marine sanctuary in the U.S. National Park system with 95% of the 173-thousand-acre park being water. It is the third largest offshore reef in the world and home to thousands of wildlife habitats.
The Biscayne National park consists of four primary ecosystems, each supporting a diverse variety of animal species. There are over 600 native fish, neo-tropical water birds and 20 threatened or endangered species
including the West Indian manatee, peregrine falcon, American crocodile, Schaus' swallowtail butterfly and five different types of turtles.

The park also supports hundreds of plant species with several listed as threatened or endangered including mangroves. One of the longest continuous stretches of mangroves found on Florida's East coast are protected by the national park. Considered the rarest palm native to Florida, the endangered Sargent's Palm is also protected by the park.

Dry Tortugas, Key West
Home to Fort Jefferson, the largest all-masonry fort in the U.S., this national park can only be accessed by boat or seaplane and consists of seven small islands located 70 miles west of Key West. Situated on the edge of the main shipping channel between the Gulf of Mexico, the western Caribbean and the Atlantic Ocean, the area became a significant passageway between Spanish explorers and merchants since its discovery in 1513. The route was heavily traveled and became notorious for shipwrecks. The first documented wreck was a 600-ton galleon vessel named the Nuestra Senora del Rosario in 1622. Due to the terrain, weather and massive underwater reefs, the site has had hundreds of wrecks with many of the ships' remains still scattered along the ocean floor today resulting in a vast array of submerged cultural resources.

With the shipping channel connecting the Gulf Coast and the Atlantic Ocean, the U.S. believed it to be an important asset to protect and, once Florida was acquisitioned in 1822, the U.S. began plans for the construction of Fort Jefferson. The fort was never finished but designated a national monument by president Franklin D. Roosevelt under the Antiquities Act in 1935 and later expanded in 1983, finally being redesignated the Dry Tortugas National Park by an act of Congress in 1992.

Originally named Las Tortugas by Ponce de Leon in 1513 after the large population of sea turtles, the islands are still known for these animals who come to the area to lay eggs. The five species of sea turtles found in the surrounding waters are the loggerhead, green turtle, leatherback, Kemp's ridley and hawksbill, with all five currently threatened or endangered under the Endangered Species Act of 1973.

About 300 species of birds, most of them transients or strays, have been found in the national park although only a few nest in the area regularly with more than 200 species passing through during spring migration.

The park is home to about 30 species of coral, including elkhorn and staghorn coral, both of which are listed as federally threatened under the Endangered Species Act.

Everglades, Miami, Naples, and Homestead
This national park is the third largest in the lower 48 states and spans over 1.5 million acres. Although considered a wetland, the Everglades consist of a constant stream of freshwater that empties into the Florida Bay. Early colonial settlers described the land as inaccessible and sought to drain the area to make way for communities and farmland. With severe damage to the ecosystem and wildlife, the Everglades National Park was established in 1947 to protect the land and its plant and animal species.

The Everglades has a subtropical wetland ecosystem with several habitats found within that support a diverse variety of species.

Almost 300 different species of fish are known to live in the freshwater marshes and marine coastline of the park. More than 50 distinct kinds of reptiles inhabit the area including the endangered green turtle, threatened Atlantic leatherback turtle, and the threatened American alligator and crocodile.

There are also more than 40 species of mammals home to the Everglades National Park. Many of the species are associated with drier habitats of forest and fields but have adapted to the semi-aquatic environment including white-tailed deer who can be seen foraging for food in the sawgrass prairie or bobcats who occasionally hunt in the mangrove forests. The park is also home to the Florida panther and West Indian manatee who are both listed as endangered.

Over 360 different species of birds have been seen in the park and are grouped into one of three categories: wading birds, land birds, and birds of prey. The Everglade snail kite, Cape Sable seaside sparrow and Ivory-billed woodpecker are listed as endangered along with seven other species federally listed.

The most commonly seen plants in the Everglades are sawgrass, mangroves and orchids. The state of Florida has listed a total of 164 plant species in the park, including 47 as threatened, 113 as endangered, and four as commercially exploited. Two of the native plant species have been federally listed, including one as threatened and one as endangered. As more information is gathered, the number changes however, 66 species that are native to the park are considered to be critically imperiled in south Florida. 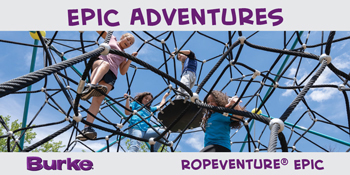 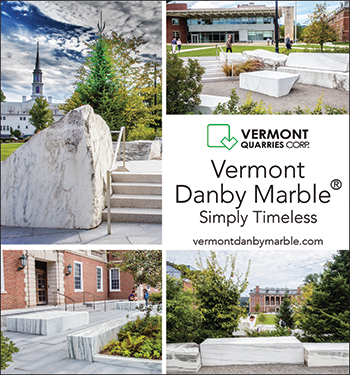 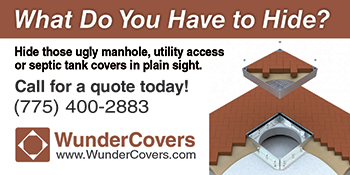 A Blend of Rich and Diverse Designs

A New Perspective on Preservation